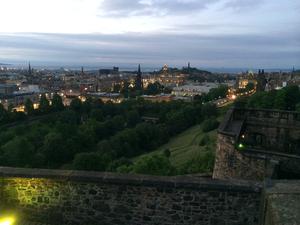 Enertek attended Delta e.e.'s annual summit on mCHP last week. It was held in Delta e.e.'s home town, Edinburgh, to celebrate the company's 10th anniversary in hosting such an event in mCHP. There was a large turnout with companies involved in the sector across the globe travelling to the event.

On the agenda was an evening meal at Edinburgh Castle with a tour of the Scottish crown jewels on the Tuesday night followed by the Summit the following day. This was held at the newly renovated Edinburgh Centre for Carbon Innovation, which is located in the centre of Edinburgh.

The event was very informative about what is going on worldwide regarding mCHP.